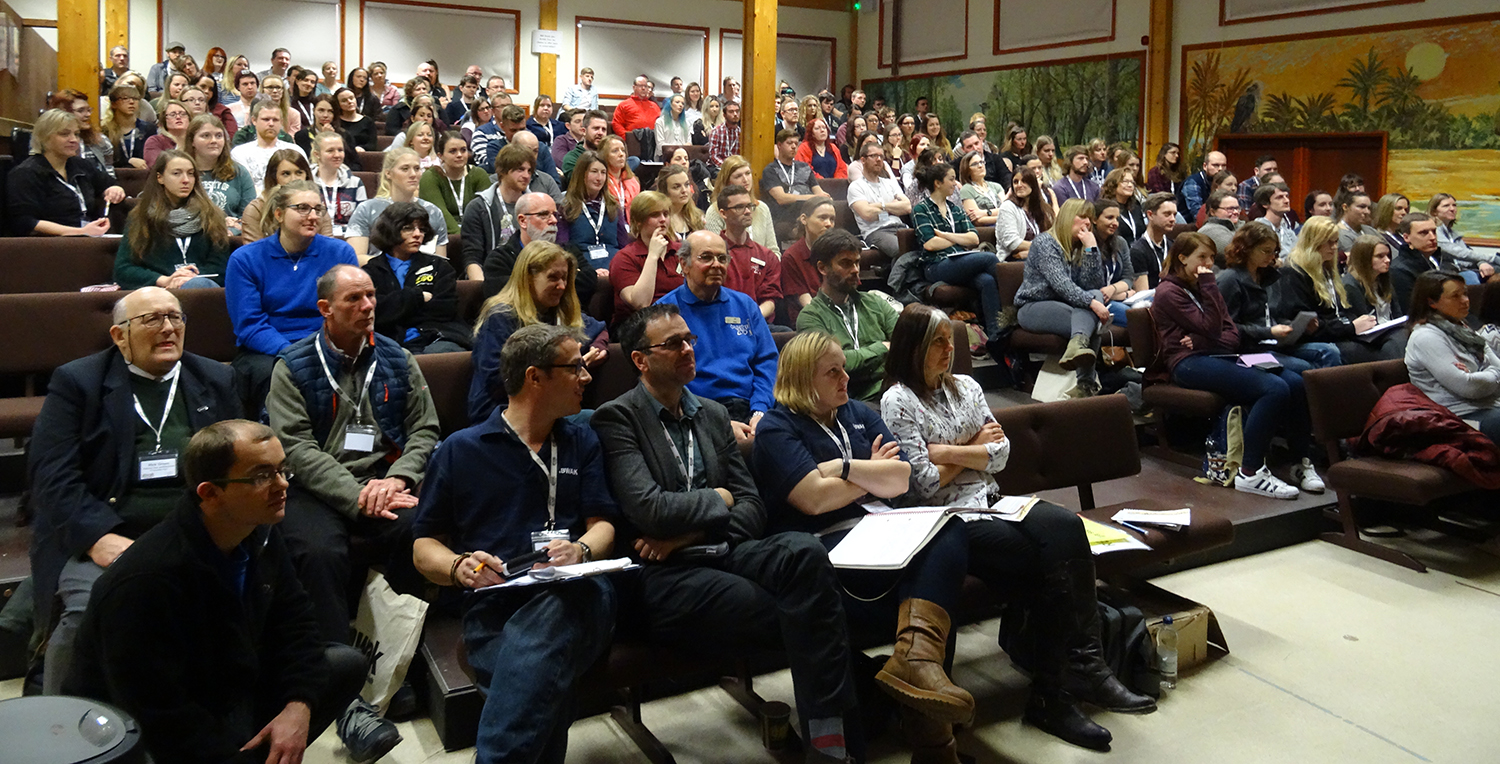 For 160+ keepers, 4-5 March 2017 was a very full weekend of networking, talks, workshops and activity held at Colchester Zoo. The annual ABWAK Symposium was once again a huge success, and I was proud to be Chair of the meeting, and complete my term as Chair of the Association and be honoured with the new role of Vice President.

The weekend featured many different topics and taxa, but was framed around our theme of expanding knowledge and networks. The two keynote talks – David Field, Zoological Director ZSL and new ABWAK President on day 1, and Lesley Dickie, CEO of Durrell Wildlife Conservation Trust (& Jersey Zoo) on day 2, focused upon both the importance of knowledge and of networks – but also the pitfalls of ‘fake news’, having trust, responsibility, ethics and honesty and having ambition, learning from failure, and being brave in career choices and development.

The network of zookeepers (and private keepers, along with those aspiring to be keepers through courses etc) has significantly advanced and grown since ABWAK was founded in 1974, not least with the development of the international network ICZ which held its first meeting in 2003.

I joined ABWAK in March 1987 when small groups of keepers met occasionally including for social activity such as inter-zoo quizzes, & the keeper training course (national extension college) was well established, but the network was small. However, over the years and especially so in the past decade, the association has become praised for its symposium and knowledge sharing, alongside its training role with well received workshops on a diversity of topics.

The ABWAK / keeper network is important and now has over 1000 paying members. It has directly helped many participants in both developing their own knowledge and practice but also in career moves. It is often those ‘casual’ relationships and conversations that lead to opportunities, and knowing who might be willing to volunteer to help on a studbook or have ideas and advice … as well as those that may be possible new employees or employers.

To this end, I’m delighted to be helping ABWAK deliver its first Associate Member workshop on 18th March at Sparsholt College, focusing upon careers and helping those aspiring to become keepers to improve their job selection, application forms and CVs, and interview techniques. Then once they have entered the profession to utilise the network effectively and contribute to the development of their profession into the future.